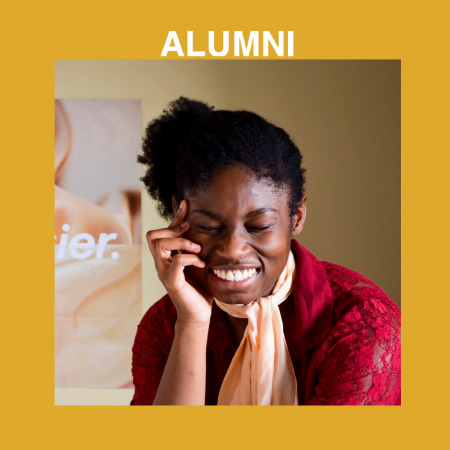 Well, first off, I’m going to need more than fifty words. But if you want the SparkNotes, I’m a performing artist who wants to inspire more than just the audience in the room. Concentrations are Media and Experimental Media and Interaction Design. My minor is Leadership Studies.

In Fall 2016, I did the ITU-Copenhagen foreign exchange program [HMU if you’re interested]. There, the courses are a lot more freeform as long as your project follows the standards. Because of that, I could study the long-term cognitive effect that mass media has on the way people understand and act in the world. So I created projects like “Mary the Feminist Bot” which was a chat bot who wanted to talk about feminism on OKCupid and “Jamie the Gender Machine” which judged if someone walked ‘like a girl’ or ‘like a boy.’ It was so much fun being immersed in a culture like Copenhagen’s (and touring Europe cheaply) and the experience helped me find out what I wanted to do with what I learn in CM.

I want to inspire the next generation through playtime and media in order to reshape the way they think/innovate as they get older. By working on the technological side of experimental media and interaction design (my LMC thread) now, I can change the long-term cognitive effects of exposure to diverse narratives in the entertainment industry in the future. In English, I want to own Pixar (or build/own a company similar). That’s all.

When I was a freshman, I would tell everyone the CM is “Computer Science for Pretty People” [yes, even employers and no, don’t do that] because CM is Computer Science but only the kind that interacts with users immediately and it finds value in the things that you procrastinate with (like TV, games, YouTube, all of it).