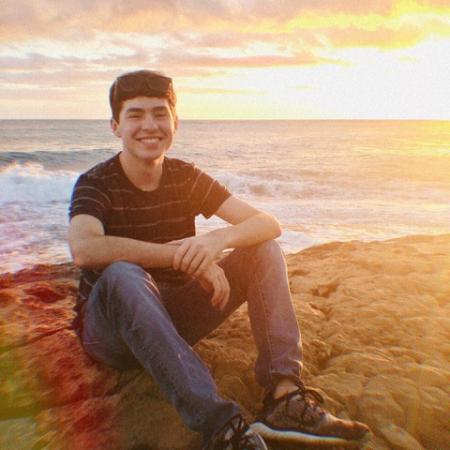 I’m a storyteller who uses music, film, and animation to bring my ideas to life. I love pop music, cartoons, anime, and video games.

I coded a game for the Game Boy Advance called “Haircut Hero” with three levels. I grew up using the Game Boy to play games like Pokemon, so being able to understand the work that goes into making games was really cool. I also made a soundtrack for the game using chiptune instruments from the Pokemon games.

I have two albums on Spotify, and my goal is to keep that number growing for as long as I can! I would love to produce songs for other artists, and I would also want to write the music for a cartoon.

CM allows you to explore both the technical and creative aspects of digital design without sacrificing either.