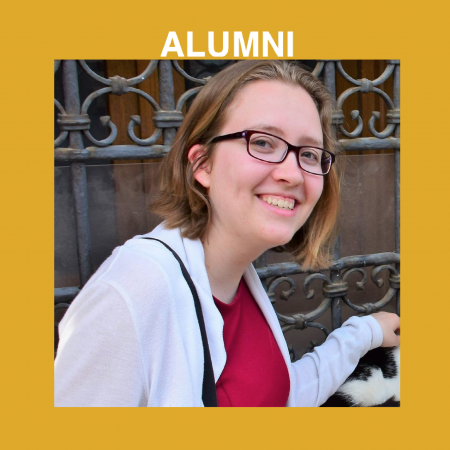 I have a background in both STEM and the arts and so I love coding and art and mixing those two together. I’m passionate about telling stories in games and film and any in other medium in between.

Through the VIP program I get to work in the Augmented Environments Lab created Virtual, Augmented, and Mixed reality experiences. Joining the team was my first introduction to working with AR and VR and I’ve gone on to do a number of projects outside the lab in classes and in my free time experimenting with AR and VR. I also had the opportunity to work a booth at VR Day Atlanta last year and listen to a number of very interesting talks given by professionals who are experimenting with ways to use these new mediums.

My ultimate goal is to be able to create visual effects for films or games. The lighting and effects are the magic that brings the imaginary world to life and allows people to be immersed in the story being told.

The great thing about the CM program is that it encompasses such a wide range of possible careers. While in the program you’ll meet other CMs who range from front end-developers and UX designers to game designers and filmmakers and so much more!