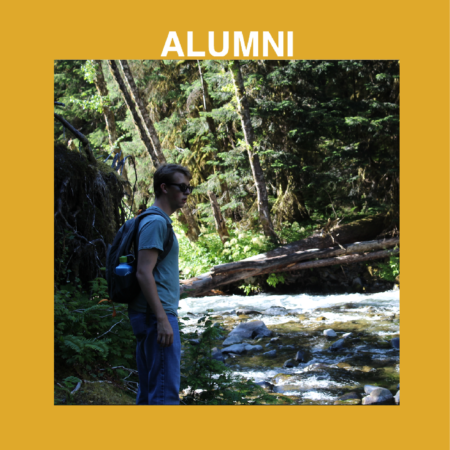 I love music, collecting vinyls, books, trips to the High Museum, coffee, more coffee, hiking, camping, spelunking, and video games. I’m an ambivert: I love talking to people but sometimes need to spend time away from everyone.

I’ve already created so many enjoyable projects that I can’t narrow it down to one. Last semester alone, I produced a wild-western dueling game for the Atari 2600, a drawing tool that has multi-colored pixels resembling ants following the user’s cursor around the screen, and even a computer-generated excuse note that randomizes every time the code runs.

I would love to be a UX designer for Spotify. That’s my dream job: creating an intuitive user-experience for fellow music lovers like me.

Because it encourages artistic expression through the mastery of programming, and it’s a fantastic major that you won’t regret choosing.